an′ti·nom′ic (ăn′tĭ-nŏm′ĭk) adj. Contradiction or opposition, especially between two laws or rules. A contradiction between principles or conclusions that seem equally necessary and reasonable; a paradox. [Latin antinomia, from Greek antinomiā : anti-, anti- + nomos, law; see nem- in Indo-European roots.] gno·mic (ˈnōmik) adj. Expressed in or of the nature of short, pithy maxims or aphorisms. Enigmatic; ambiguous. [French gnomique, from Late Latin gnomicus, from Greek gnomikos, from gnome "a means of knowing,” from PIE root *gno- "to know."] With sincere gestures of respect to many of my esteemed colleagues – and there are many of you I really do adore - astrology has become both nomic and

(Reposted from Facebook, where this got hot enough for someone to unfriend and block me.) Can we talk about something else no one wants to say? We don't have enough for everyone. Time. Money. Attention. Energy. Adaptability. Interest. Legos. This is something I learned from 25 years of being in polyamorous relationships, because it is a HARD COLD TRUTH there. If you can't learn to be blunt about it, a multi-partner relationship won't even get off the ground. Love is not limited but EVERYTHING ELSE IS. It's true of families too. Of workplaces. Of friends and communities. In the "celebrity suicide aftermath" there is, of course, a ton of discussion about

(Reposted from Facebook, where this got A LOT of conversation going.) Here's the thing, pea pods - when you're suicidal, you DO NOT HAVE THE MEANS TO ASK FOR HELP. This is nearly always true. So telling people who already have the water up to their eyes and are on their last breath to just swim, hard, in the direction of what *might or might not* be a life preserver? Especially when most of the water you're drowning in is SHAME ABOUT BEING WRECKED AND NEEDING ANYTHING?!?!? Come on. Let's not turn away from the terrifying truth of what it feels like to be there and indulge

Following on (later than planned) from the Healing vs Tending discussion - if we let go of that "end state" idea that comes with "healing", then what DO we do with the injuries we experience, especially as part of endings? We tend them, obviously. But we also have to CARRY them. This, to me, has been *the* game-changing bit from these past two awful, awful years. I have been working this out in my own way and I am also indebted to Fabeku Fatunmise for his very nuanced and profound presentation of carrying. Carrying says: yes, this injury, this wound, is real. It is part of me. It is

(To be clear - this piece isn't just me subtly shilling for my upcoming group. As I prepare for us to begin I keep learning and discovering things I think would be useful and interesting for all of you, and I want to share those. If you're interested in Tending The Endings, awesome - you can learn more about it here. Meanwhile, whether it's your thang or not, I hope you enjoy my musings!) I’ll be blunt – I think we’ve gotten distorted around this idea of “healing,” so I’d like to propose a different angle. I know this isn’t going to sit well with

Well, nothing like getting to practice what you're offering. I found out today that my absolute favorite cafe in my town is closing, and it just hit me like a stomach punch. So I am getting the chance to practice tending a new ending. This is the place that really anchored me to my town when we first moved here almost 14 years ago. We became friends with the owners. I was on a first-name basis with most of the staff. The food was top notch, creative, and just casual enough. It was where I'd go, with a book, by myself when I was having a really

That moment when you realize you can do nearly any daily household task (brushing teeth, folding laundry, taking supplements, feeding dogs) while full-on sobbing. Because grief calls for honoring. Because it arises on its own timing and not at convenient times in the calendar. Because suppressing it is more of a betrayal. Because there's a *flow* to it, a rising and falling, that I'm becoming fascinated with. Because I've learned that far from being a terrifying attacker, a black malevolence that will drown me 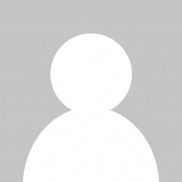